The fifth and final visit in Njombe was to Kidugala.  We hadn’t been to Kidugala before and were eager to see their SACCOS.  We have met and talked with their leaders at training sessions, but it is always good to go and see the village.

After breakfast and checking out of our hotel, we headed off to Kidugala.  Unlike yesterday, this morning was bright and shiny.  The road we took was dry, dusty, and rutted.  After about an hour of driving we were at Kidugala.

Kidugala is actually six villages that have grown up close to each other.  The total population here is

about 600 families or almost 4,000 people.  The SACCOS here has 133 members – so it touches almost 25% of the residents.  They also have an AMCOS here with 73 families in it.  Unlike most places where 60% of the AMCOS members are also in the SACCOS, at Kidugala only 10 members are also in the SACCOS.  This means that 193 families or about 1/3 of all the people living here belong to an Iringa Hope co-op! 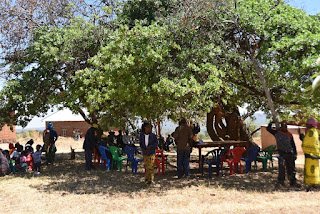 As we pulled in we saw a large group of people sitting and waiting under a tree; this would be our meeting place. It was really a beautiful setting for the meeting. The chair of the SACCOS and the chair of the AMCOS came over to greet us.  They remembered us from last year’s training session and told us how glad they were that we made it to Kiduagla.

Before the general meeting we met in the SACCOS office with the officers to go over a few records. The chairman of the SACCOS told us that the last crop here was very bad.  Many of the members who are farming barely broke even with their crops.   He assured us, however, that the farmers have taken the advice of Peter and Itiweni to diversify their incomes.  Most have chickens or pigs or trees or other things so they will still have 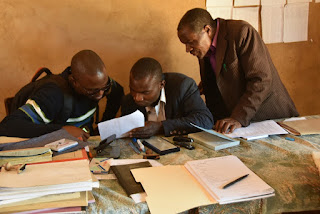 
The outdoor meeting got underway, introductions were made, and we asked for

volunteers to be interviewed. There are almost 60 members here today, but no one seemed very eager to volunteer.  After some coaxing by the chairman, we got our volunteers.


Gideon started giving his class and we went back to the SACCOS office for interviews.

Atwitye Mbuduln was up first.  She is 60 years old and married with 6 children and two grandchildren.  She has her two grandchildren living with her so there are 3 in her household. Atwitye is a young looking 60-year old with hardly a wrinkle on her face.  She has beautiful features, but lack of dental care, something we take for granted, has left her with half of her teeth missing.


Atwitye has been a member of the SACCOS for 3 years.  The first loan she took was for $150.  She used this to buy fertilizer for her 1.5 acres of maize.  The crop was good that year so she harvested 10 extra-large bags.  With prices at $50 per bag she made a $350 profit.  She used her profit to buy 2 chickens and a pig.  She saved some money and used the rest to improve her household. 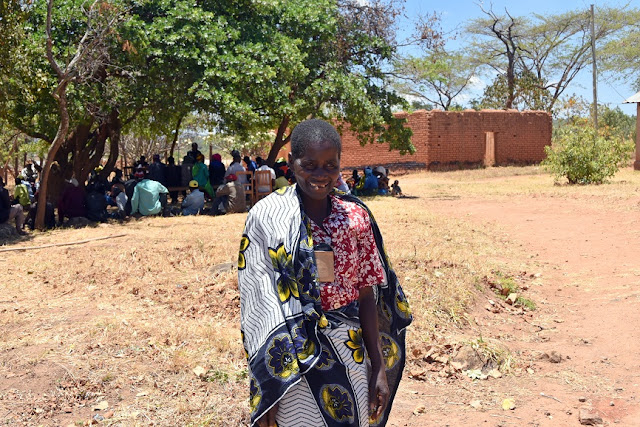 The next year she again borrowed $150.  She used it to buy fertilizer through the SACCOS (we sold Yara fertilizer through SACCOS last year) and another pig.  This year she only farmed 1 acre of maize and planted the other half acre in sunflowers.  The sunflowers did not do well, but the maize crop was 12 bags.  When asked why she got 12 bags from 1 acre this year and only 10 from 1.5 acres last year.  She told us that the fertilizer she bought from the SACCOS was good fertilizer and what she bought the previous year was not.  (This is a common problem.  Dealers tend to “cut” their fertilizer with worthless additives so they make more money.)  The prices were good that year so she earned about $400 from her crop.  She bought 5 more chickens and feed for her pigs.  Her pigs had piglets which she sold, and she is also selling eggs in the market.  It was hard to estimate her overall profit from the piglets, chickens, and maize – but as far as we could tell she earned about $1,100 that year.

Her third loan was for $150 again.  The rains were poor this year she is thinking that she will only get 5 bags of maize.  Prices are low as well so she thinks that she will only break even on her maize.  However, she has her ongoing egg business, and some more pigs to sell, so she will still be able to repay her loan and make a small profit. 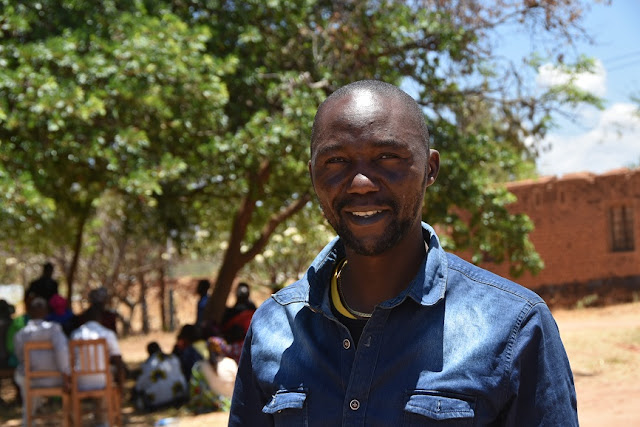 Paulo Kasiani was our next “volunteer.”  Paulo is 37, married and has 2 children.  He has been a member of the SACCOS for two years.  Paulo tells us he used to be a conductor on the bus from Iringa to Zambia.  He earned about $100-120 per month but was gone most of the time.  He decided to quit this so he could be home with his family.  He had saved some money from his job and wanted to start his own transit service.

He joined the SACCOS, put $600 in a savings account, and borrowed $1,800.  (This was the largest loan that the SACCOS gave.  We advise our leaders to keep their average loans to $500-600.)  He used his loan plus some of his savings to buy a used 10-passenger van and went into the transit business.

Paulo explained that he would pick up people in Kidugala at 6 AM and drive them into Njombe Town.  At noon his van would make the return trip.  He did not know how much profit he was making, but it was enough to repay his loan, build a new home, and increase his savings.

After the first year he decided he wanted to do trucking instead.  He went to the SACCOS but found that they would not do a large enough loan for him to buy a truck. So he decided that he would start a motorcycle taxi service instead.  He bought four motorcycles and hired drivers.  To diversify his earnings he also bought a wholesale beverage business.  The beverage business is doing well and he seems to like it.  He said that he is also making good money from the taxi service, but it has presented him with challenges he hadn’t anticipated. His drivers sometimes go drinking instead of working, and they sometimes drink and drive. Then, if they have accidents, it’s his responsibility. Still, based on the numbers he gave us, we estimate that he will earn over $2,800 this year after he repays his loan – and of course he will still have his motorcycles and shop.

The SACCOS officers served us lunch and we headed down the road to Iringa. 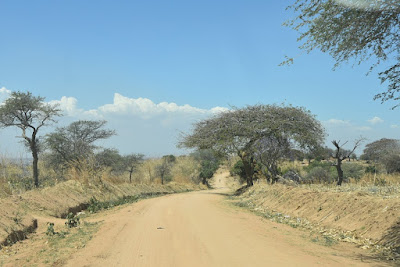