This morning we went to Kitowo, which is approximately 25-miles and a 50-minute drive south of Iringa.


Arriving at Kitowo we immediately saw the new IDC.  The IDCs are very distinctive buildings. These brick buildings have red roofs, white trim and white lettering stating they are a Peter J. King Family Foundation Integrated Development Center, along with the names of the SACCOS and AMCOS above the doors.

The chairman invited us to go into the attached warehouse first.  The IDCs we have visited so far have all had a significant amount of maize in storage.  At Kitowo there are only a few open bags since the harvest here has just begun.  He also told us that what they have harvested so far is quite wet so they have to dry it before they can bag it for storage. They plan on filling the space with maize for sale later, when prices rise.

This SACCOS started slowly but has grown a lot.  In 4 years they have grown from a founding group of 20 to 107 families.  Their biggest problem is loan capital.  Right now they have $4,500 in savings and share sales.  In addition, they borrowed $6,000 from Iringa Hope Joint SACCOS.  This allowed them to make $11,000 in loans (some loans were short enough that the capital was used twice).  Unfortunately, this still left many members without the loans they applied for, and others with less than they wanted.

The crops here were not very good last year so repayment has been slow.  The Treasurer assured us that everyone is paying (our auditor agrees), but they will be a month or so late (loans are for 9 months).  Still, considering that nearly half of the members had a very poor crop, this is a good record. 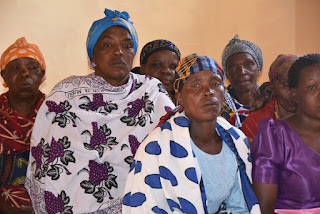 Today’s group was smaller than what we’ve been seeing at other SACCOS.  Many of the members live in neighboring villages so the distance to travel is far, and the chairman said that since the rains made things late here, many are working on trying to get as much crop in as they can.
After introductions were made, Venance started his class on herbicides, and we went to our interviews.

Geogiana Kigula is 58, a widow with 4 children and 8 grandchildren.  She lives with three of her small grandchildren who have been orphaned and supports 3 nieces who have also been orphaned.  She farms 5 acres of maize, beans, and soybeans.  Her first loan was for $220, which she used to buy fertilizer for her fields.  That year she earned $650 profit.  When asked how this compared to the years before she could get a loan, she told us that in those years she earned nothing.  She only harvested enough for her family to eat. 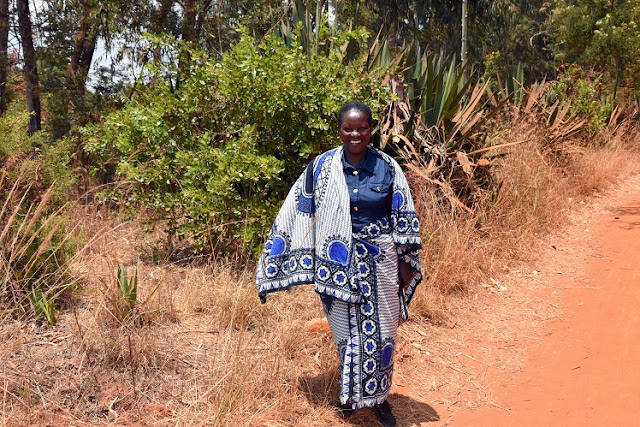 Now, with her profits she could pay school fees and miscellaneous school expenses for the 3 nieces she supports who are in secondary school.

Georgiana is hoping for a larger loan this year but worries that there may be a shortage of capital.  We told her that we are adding funds to Iringa Hope this year so there will be more to lend.  She was happy to hear the news. 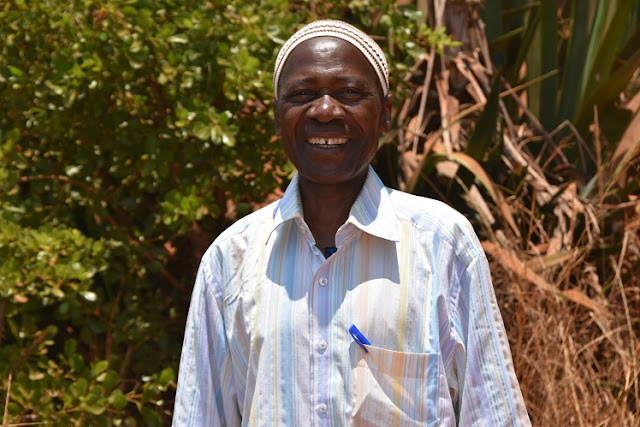 Angelos Mvanda, 68 and married with 8 children and 3 grandchildren, was our next interview.  Angelos is a retired school teacher who taught at Kitowo before he retired.  While teaching there he purchased a 4 acre farm.  Angelos told us that his family lives in a Kidabaga, his home village, but he is staying in Kitowo to work his farm and to serve as “manager” of the AMCOS.  He has not taken out a loan, but he has joined both the AMCOS and the SACCOS.  Angelos has decided that he will take out his retirement funds from the Teacher’s Retirement and deposit them in the SACCOS (about $3,000).  He said he has seen what this SACCOS is doing to help the community and wants to help as well.  He has been elected AMCOS secretary and treasurer, but he just calls himself the manager.  As the AMCOS manager he wants to help the community grow by teaching people how to manage their farms, plan and purchase the correct inputs, and aggregate their crops for sale.  He says he was very impressed with the Iringa Hope Joint AMCOS.  He believes that we are doing the right things and wants to be part of it.  It is great to see our program attract dedicated leaders like this.

As we went to leave the group broke out in song and dance.  Sandy and Itiweni joined in.  Tom did not.