Isimani is a 90 minute drive north of Iringa; 60 minutes of paved highway followed by 30 minutes on a rutted dirt road.  Historically the area around Isimani was famous for the fine maize that they grew, 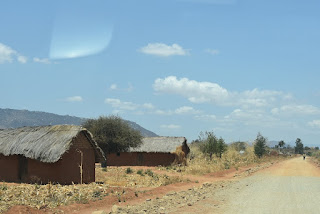 but in the last 40 years the weather changed and it started having droughts.  Now the area suffers with low to modest yields and frequent devastating droughts.  Still, with persistence, good farming practices, and the good fortune of receiving some of the spotty rainfall, a good living can be made here.


Arriving at Isimani we were reminded of our first visit here.  They had worked with Itiweni to get organized and were collecting funds to get started.  Sandy and I were getting ready for a training session in Iringa town when a short woman came hustling in and announced that she had brought in 10,000,000 TZS ($5,000) from 30 members at Isimani (they now have 63 members) and wanted to get started.  Itiweni could not believe that she had collected so much so fast.  While we decided how to handle this (this had never happened before nor has it happened since) the woman got excited, shook her finger at us, and demanded we get going.  We really liked this feisty woman and she is still one of our favorite leaders. 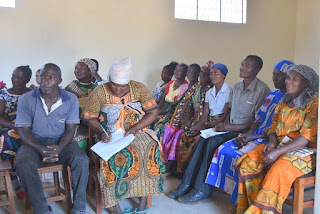 Our meeting took place in the new IDC warehouse.  It was tight fitting all of us into this space, but it is the nicest space available!  The chairwoman welcomed us and praised the new IDC.  But she told us next year we most likely would have to meet elsewhere because the warehouse would be full by then!

We introduced ourselves and gave a short talk, then Venance took over the meeting and gave a class on growing maize.  As he talked we quietly left to interview some members.

The first interview that Sandy had was with Amina Mtoji, 38 and married with 3 children.  Amina has been a member of the SACCOS since it started three years ago.  Her first loan was for 900,000 TZS (about $500).  She planted corn on 5 acres and sunflowers on 15 acres.  Her loan was 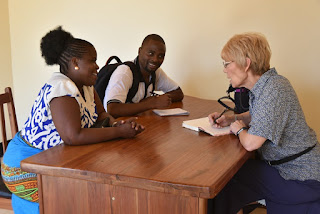 used for seed, spray and laborers.  She did not use any fertilizer since the land around Isimani “does not need any” (she is likely wrong about this, but we will have the soil tested to find out what it needs).  After repaying her loan she was left with a profit of 300,000 TZS, which was used to increase their savings and buy more shares in the SACCOS.

Amina’s second loan was for 1,200,000 TZS (about $600), some of which was used for farming, as in the previous year, and some of it was used to buy more inventory to expand their lumber business.  They again planted sunflowers and maize.  The crops were not very good that year, but the lumber business did well and they again made a good profit.  They saved some, bought some more shares in the SACCOS, sent their son to secondary school, and improved their house. 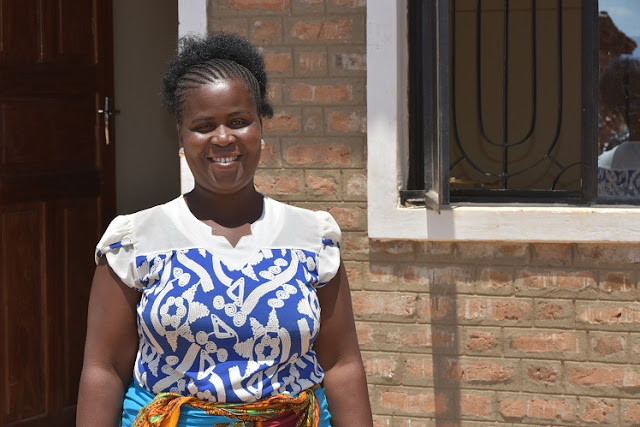 Her third loan was for 1,200,000 TZS ($600).  She said that she had enough in savings to qualify for a larger loan, which they wanted, but the SACCOS had a long list of people wanting loans and not enough capital so everyone agreed to borrow less than they asked for.  She hopes that she will be able to take out another loan this year.

She told us that they have again increased their lumber business and planted maize and sunflowers.  She is just harvesting her crop now but it looks very good.  The lumber business has also been good so she thinks they will earn a lot, perhaps 2,000,000 TZS ($1,000), maybe more.  They are already planning to send their two oldest children to secondary school and then to college.  They are trying to build up their resources so this is possible. 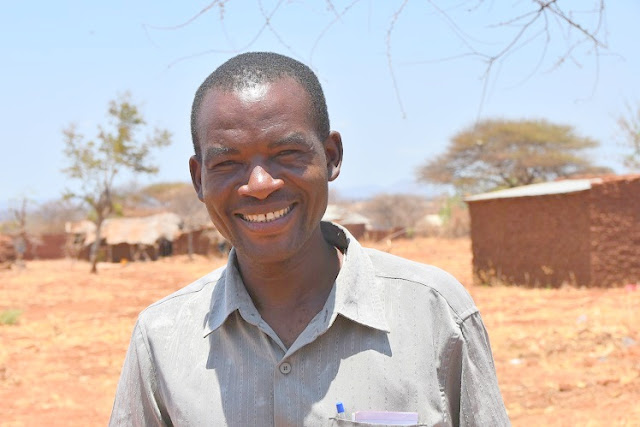 The next member we visited with was Robert Myavidogi, 41 and married with 5 children.  Robert has also been a member of this SACCOS since it first began.  Three years ago he borrowed 300,000 TZS ($150) from the SACCOS to plant 2 acres of sunflowers using improved seeds and fertilizer, and hiring two laborers. (These are year-round hired helpers, so he is contributing to the economy of others in his village.)  He told us that since the SACCOS was new he wanted to “sample” it, so he planted only 2 of his 20+ acres using his loan. That year his crop yielded 10 bags of sunflowers, which sold for $230 and after loan repayment gave him an $80 profit.  He used his profit to clear more land to plant in the future. He told us that clearing and preparing land will take 2 years – so he is planning ahead.

Robert didn’t increase his savings or shares, so his second loan was the same as his first, 300,000 TZS, or about $150, used again for 2 acres of sunflowers. The crop was better this year so he earned a $110 profit.  He used some of this money to improve his home and with the rest he increased his savings.

Last year, due to increased savings, Robert was able to borrow $300.  With these funds he bought some cows and a goat.  He also planted 5 acres of sunflowers.  He has sold 15 bags of sunflowers to repay his loan and is keeping some for when the prices rise.  He expects to earn $250 or more when he has sold his whole crop. This year he will need to pay for school fees for his oldest son.  He also wants to finish fixing his home and clear some more land.  He tells us that since the SACCOS has come life has changed a lot.  He is looking forward to seeing his farm grow along with his live stock.

Sandy finished with her interviews just after the meeting had ended.  Tom then got together with the chairman and Secretary to review their records.  Overall the members of this SACCOS had a bad year last year.  The rains were spotty so although some got a good harvest many got very little.  Right now it looks like everyone made at least a little money – but for many, it was probably only a 10-20% profit on their loans.  Still, as the chairman told us, “Everyone is paying.  We will have 100% repayment again this year.  We all know that it is a hard year, but without Iringa Hope it would be a total disaster.”

We got in our truck and headed back the way we had come.  We are going to Ilambilole.
Posted by Tom & Sandy at 11:13 AM